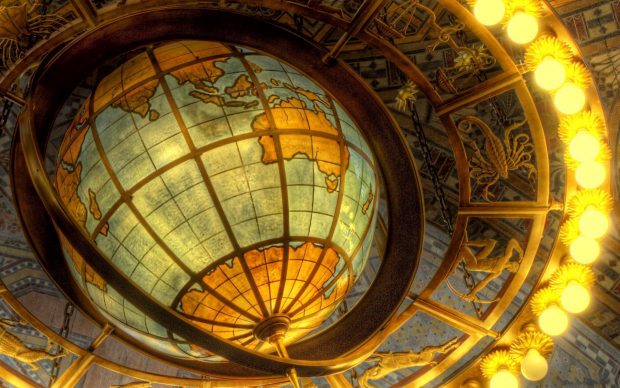 Everyone seems to be discussing the August 21, 2017 solar eclipse.  There are even flights to go view it!  In Jyotish, or, Vedic astrology and astronomy, eclipses are particularly powerful events. Eclipses occur when the nodes, Rahu (North) or Ketu (South) fall within a certain astronomical degree of the Sun / Moon.  Since eclipses occlude the luminaries, the Sun or Moon, from our vision, they are viewed as inauspicious events in Vedic astrology. Jyotish suggests the the times of eclipses are ideal for spiritual practices.

Solar eclipses occur on a new Moon when the Sun and Moon are closely aligned with one of the nodes, Rahu or Ketu. In Vedic astrology, eclipses weaken both the Sun and the Moon.

While many people are intent on watching the eclipse, this is never recommended in the tradition of Vedic astrology. Those who do look at them may suffer from greater difficulty in the future.  The mythology related to the nodes, Rahu & Ketu can help explain why.  What follows is a very simplified version of the tale. THE STORY OF RAHU AND KETU

The nodes were initially embodied in a demonic form.  They desired immortality. One demon heard of a private party where the Gods were imbibing amrita, the nectar of immortality. He desired to join the party, donned a disguise, and gained admittance. The amrita was passed around the table and the demon tasted it, and was then discovered by the Sun and the Moon. One of the Gods threw a discus and chopped the demon into two halves: the head (Rahu) and the tail (Ketu). Having tasted the nectar of immortality, Rahu is forever questing for that elixir and is never satiated.

Thus, the nodes are correlated with illusion and disguise.  Rahu creates unending questing, desire, ambition, and a hunger for whatever it feels it still needs to attain. There is the connotation of desiring to partake in a situation and with a group where it does not belong. Ketu is usually associated with spiritual pursuits, though the theme of questing is still active. SIGNIFICANCE OF THE SUN

The Sun (Surya) represents the soul in Jyotish. It also signifies spirituality, religion, and vitality. Thus, during a solar eclipse, one of the nodes takes a hold of our soul.   We may see issues arise with radical religious or spiritual groups as a result of the eclipse. During the August 21, 2017 solar eclipse, the Sun is closely aligned with wild card Rahu.  Rahu will be even more unstable as it will have moved signs four days earlier. It’s not fully footed in any location, so it acts even more erratically.

Those in a Sun planetary cycle or with Sun in Leo should be extra careful of their health.  In Ayurveda, Sun represents asthi dhatu or the osseous system. Thus, bone injuries are more likely around and after the eclipse.  Ayurveda offers solutions for healthy bones.

The August 21, 2017 solar eclipse takes place in the star or nakshatra of Magha. In Western astronomy, this star is known as Regulus.  Sun and Moon will be in Magha during the eclipse.  Mercury retrograde will move into Magha later in the day. Thus, be extra careful with communication. Stay away from your electronic devices. They symbol for Magha is the royal throne.  There is a connection with ancestry and creating lineages.  The eclipse also falls right on the ascendant of the current leader, who seems to be attracting even more attention than usual.  This person was also born on an eclipse. The fallout will continue. There could also be greater conflict with foreign countries (Rahu represents foreigners  and things which are hidden.)  Rahu will have just moved into this individual’s house of foreign affairs. Change can come suddenly and quickly. There can be impulsive activity with dire consequences. More specific details will be posted in Reflective Mindset Group.

Because of the eclipse in the fire sign of Leo and in the star of Magha, there may be fiery accidents than in places where the eclipses is visible.

Since this eclipse is visible in North America, it is more significant to North Americans than inhabitants of other continents.  Rather than gazing at an eclipse, it’s recommended that a person spend time indoors during an eclipse, engaged in meditation or other spiritual practices. It’s a time to eat lightly and eat pure foods. Shades should be drawn and food should not be kept out and exposed to solar rays.  If it is not visible in your area, you do not have to stay indoors.

In some parts of the US, the August 21, 2017 eclipse is a total solar eclipse, and in other’s it’s a partial one.  In other parts of the world, it is only a partial solar eclipse, in South America, Europe, Asia, and Africa.  According to NASA, the solar eclipse begins on 8 am in the San Francisco area. The peak point is at 9:37 am and it concludes at 10:40 am.  Timings for your locality can be found here.

Regardless of whether the eclipse is visible in your area, people with their ascendant, Sun, or Moon in Magha, should exercise caution.  For everyone, you can gauge the impact based on whatever Leo specifies in your birth chart or whatever you have placed natally in Magha.

New endeavors should not be commenced for several days before or after this eclipse.  Further info is available for members of Reflective Mindset Group.

Vedamurti Vivekshakastri Godbole, a 15th generation Brahmin pandit in India had this to say regarding eclipses: “The eclipses affect our mind and and our physical body.  The scriptures say eclipses create financial or physical problems and sometimes new diseases.  There can also be natural disasters around the time of an eclipse. This is why people should not look at the eclipse. But, with our our advanced technology and astronomy, people don’t listen to this advice.”

“People should bathe before and after an eclipse. It is best for adults not to eat 12 hours before an eclipse and not to drink anything for 3 to 3.5 hours before am eclipse. That way, during the eclipse they can focus on their mantra. If you have no mantra, just chant OM. For pregnant women, children, the elderly, and those with medical issues, it is ok to use the bathroom during the eclipse, but we advise that if adults do not eat or drink, then they will not have to use the bathroom often.”

“Pregnant women need to be most cautious about looking at eclipses. The eclipse’s rays affects the unborn child.  Pregnant ladies should not sleep during the eclipse. They should rest in an easy chair and repeat God’s name.”

He continues, “ All those impacted by the eclipse should set a sankalpa or an intention during the eclipse to donate to a local charity. After the eclipse, they may go and make the donation.”

Since the Sun represents light you, you could donate to a charity which does eye surgeries or helps the visually impaired or the blind. Or, donate to a health organization, especially one which helps with heart disease.

In astrology, we speak of the dance between free will and fate. The August 21, 2017 solar eclipse is a time where we can choose how to spend our morning or afternoon. Whatever we do, we can maintain awareness of the state of our mind.