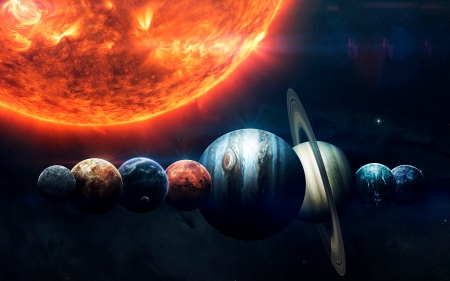 For all of 2017, August is the month which can impact you the most and shape your future.  The month in Jyotish or Vedic astrology for August, 2017 contains two eclipses, Mars debilitated, the nodes changing signs, Mercury retrograde, Saturn coming out of retrogression, and Jupiter preparing to move after one year.  Are you prepared for all that’s about to take place?

Mars continues to be debilitated for most of the month in Vedic astrology for August, 2017.  An overly frustrated and obstructed Mars is smoldering in the sign of Cancer.  This impatient warrior is ready to go to battle, but its proximity to the Sun doesn’t even allow it to get the recognition it so feels that it deserves. Mars wants to be the center of the universe, but its solar friend is stealing the show. Mars’ weakness can create accidents, injuries, cuts, long-lasting fires, and blood related diseases.  Psychologically, it intensifies feelings of anger, frustration, and hostility.  Mars moves into Leo on August 26, but its impact will be felt for a long time.  How do you manage this pent up rage?  Check out Reflective Mindset Group for some tips on how to handle this planetary movement.

The first of two eclipses in Vedic astrology for August, 2017 happens on August, 7, 2017.   It’s visible in Europe, Africa, Asia and Australia, and a small part of South America,   This is the lunar (full Moon) eclipse.  This partial eclipse takes place in Capricorn in the constellation of Shravana.  The symbol of Shravana is an ear. It signifies oral and aural traditions.  Thus, it’s important to heed the warning from thousands of years ago about eclipses. The main teaching is that they are inauspicious and should NEVER be viewed.

Spend the time in silence as much as possible.  It’s beneficial to chant the proper mantras.  Lunar eclipses are associated with Lord Shiva.  Shiva wears a crescent Moon on his forehead.  Mondays are also the day of Shiva.  Chant a Shiva mantra during the eclipse.  As posted on my Facebook page, those who have a visible eclipse in their locality need to exercise the most caution.

Mercury turns retrograde in Leo on August 12.  Check and double check your intellectual theories and philosophical musings.  Mercury’s neighbor Rahu will want to stir the mental pot and create some excitement.

On August 16, the Sun returns home to its sign of Leo.  This is particularly favorable for those of you in a Sun cycle.  As an indicator of health and vitality, you can utilize the month to take charge of your health.  Doing simhasana (lion pose) and Surya namaskar (Sun salutations) is also helpful.  The mantra to chant for the Sun is the Gayatri mantra. The next day marks a major planetary shift for the year.  Rahu enters Cancer and Ketu enters Capricorn.  Cancer is ruled by the Moon and the nodes (Rahu and Ketu) are the shadow planets which cause eclipses.  Don’t let your mind waver into foreign territories for this 1.5 year transit.  If you are a Cancer rising or have Rahu natally in Cancer, things are about to be shaken up.  It’s important to know what house of the zodiac Cancer represents in your chart, so that you can fully understand its impact.  Members of Reflective Mindset Group will be given specific tools to manage this transit.

As Rahu moves, its with a weak Mars for about a week.  This can be a particularly volatile time in the world, especially in terms of acts of aggression and accidents.  Tempers may flare and impetuous actions can lead to troublesome results. The two planets of desire, Venus and Rahu join together on the 21st.  If you are in Rahu / Venus or Venus/ Rahu cycle, it’s all about what you want in terms of worldly acquisitions. Pleasure and thrill-seeking take on a prominent role. Don’t allow your passions to consume your mind and pocketbook!

Another significant event in Vedic astrology for August, 2017 is the solar eclipse on August 21.  In the U.S., it’s a total solar eclipse.  In other parts of the world, it is a partial solar eclipse. The eclipse occurs with the Sun, Moon, and Mercury in Leo. Th eclipse is in the constellation of Magha, or Regulus in Western astronomy.  The symbol for Magha is the royal throne. What’s particularly significant is that it hits the rising sign of the person currently on the throne, who was also born during an eclipse. Things are going to intensify and perhaps reach a climax. Specific guidance will be shared with members of Reflective Mindset Group. If that weren’t enough, Saturn comes out of retrogression in Scorpio on the 26th. The slowest moving of the nine planets has slowed down even more. Additionally, it’s influencing the Sun which was just eclipsed.  This combination creates further problems with males, authority figures, and people in power. The fight for the throne continues.

With all the planetary movements this month, make sure you are well prepared for this stormy astrological voyage. Jupiter will move next month, to add to the dynamics begun in Vedic astrology for August, 2017.   Schedule a personal astrology reading to make the best out of what the coming weeks and months hold for you!