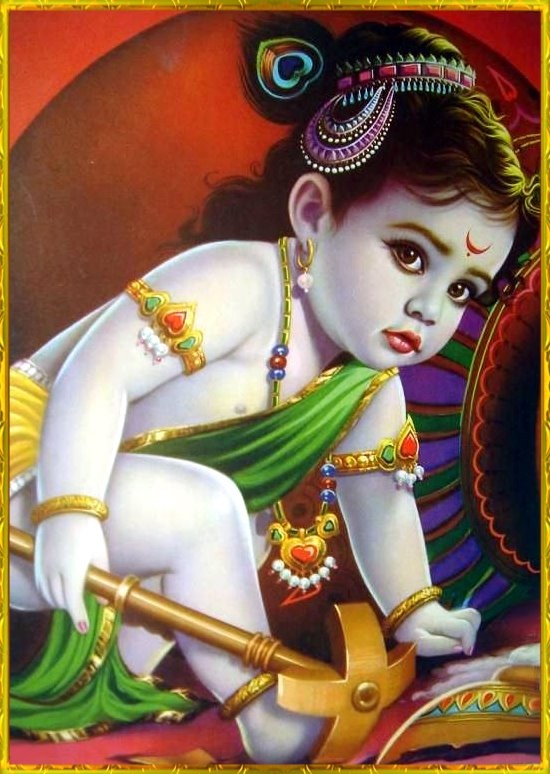 In India, holidays are calculated according to the Vedic calendar.  In Vedic astrology, or Jyotish, this is the lunar month of Sharavana.  In this month, we honor Lord Krishna’s birthday.  According to drikpanchang, we celebrate Krishna Janmashtami 2017 on August 14.

As we celebrate Krishna Janmashtami 2017, we are honoring the birth of beloved Krishna, who is an incarnation of Lord Vishnu.  He was a cowherd in this incarnation.  Krishna was born in the town of Mathura on a stormy midnight over 5,000 years ago.  So, we celebrate his birth at midnight.  He is said to have taken birth to rid the world of evil.

The sacred text, the Bhagavad Gita is features a dialogue between Shri Krishna and his devoted disciple Arjuna, regarding proper dharma, or right moral conduct. One well-known quote by Krishna is: “It is better to strive in one’s own dharma than to succeed in the dharma of another. Nothing is ever lost in following one’s own dharma. But competition in another’s dharma breeds fear and insecurity.” Krishna devotees traditionally fast during the day or refrain from eating grains.  They stay up till midnight celebrating Krishna’s life.  Plays are re-enacted depicting snippets of Krishna’s life and his glory.  Krishna bhaktas adorn and worship statues of Lord Krishna.  Krishna temples worldwide are packed with worshipers.   They chant bhajans or devotional songs to Shri Krishna and lose themselves in the bliss of ecstasy during the chants. One traditional chant is “Hare Rama, Hare Krishna“.  They break their fast at midnight and enjoy a glorious feast to celebrate the birth of Krishna.  The tulsi mala is used to worship Lord Krishna, as is the tulsi plant.

Baby Krishna (or “Bala Krishna”) was a playful, mischievous child.  He had great enthusiasm for life.  Thus, his birthday is celebrated with a great deal of mirth and merriment. Krishna is also associated with bhakti or devotion.  Krishna devotees lovingly shower Krishna with their devotion on his birthday of Krishna Janmashtami.  Happy Krishna Janmashtami 2017! Jai Shri Krishna!