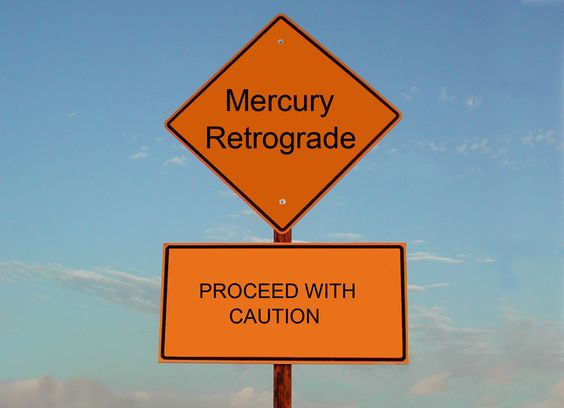 Here we are again in the final Mercury retrograde of 2018. This is the one planetary transit which seems to be blamed for just about anything going wrong.  Mercury went retrograde on November 16 in Scorpio in Vedic astrology or Jyotish.  Jyotish offers a somewhat varying perspective than Western astrology.  In Vedic astrology, retrogression makes a planet stronger. However, in this Mercury retrograde November and December 2018, Mercury and Jupiter engage in a planetary war.

Mercury deals with communication (oral, written and technological) commerce, short trips, the intellect, education, and the nervous system in Vedic astrology. How this all plays out individually is contingent on your personal horoscope.

Dictionary.com defines the term “mercurial” as: “changeable; volatile; fickle; flighty; erratic.”  Mercury is considered a dual planet; it wants to pursue two paths simultaneously.  Mercury’s innate ability to multi-task is hampered by periods of slow motion.  There can be bouts of frustration which impact the nervous system (or majja dhatu in Ayurveda) due to the slow moving impediment.   You will want to pay careful attention should any health problems arise with Mercury retrograde November and December 2018. Scorpio is represented by the nocturnal arthropod. Scorpio is a water sign, which represents deep sentiment and emotionality. However, still waters run deep with Scorpio dominant people, as they are unlikely to reveal their true feelings.  Scorpio is also a fixed sign, reflecting its stubborn, intense, and independent nature.

With Mercury retrograde in Scorpio, it aspects or influences the 2nd house (Taurus) – the house of speech.  Intense speech stemming from frustration can arise. For example, you can feel an urgency to get things done to alleviate a difficult situation. Thus, it’s vital to be mindful of how our communication’s delivered and received. Was the intended message received? Was there miscommunication or misinterpretation? Did the desired audience receive your message?  Think before you speak/write/ tweet/text.  With Mercury also controlling the intellect, it may take longer than usual to get clarity on situations.  Retrogression connotes the notion of repetition, renewal, and revisiting of situations.

Mercury’s also the indicator for commerce. Mercury is powerfully able to use its versatility and intellect to create business opportunities for itself. However, this is not the ideal time to commence a new business or partnership if you’re in a Mercury planetary cycle in Vedic astrology.

Mercury and Jupiter are both in Scorpio, along with with Sun.  Both are indicators for communication and education in Vedic astrology. This makes an ideal time to contemplate studying subjects of antiquity.  On November 27 and 28, they will engage in a planetary war (graha yuddha). This happens when two planets are within one degree of each other astronomically.

Both will want to pursue their own agendas. Mercury likes to use its intellectual abilities; Jupiter is more philosophical.  Mercury is analytical; Jupiter is wise. Mercury is impulsive; Jupiter is more practical. Thus, it’s difficult to discern what to do.  Watch what you say.  It’ll be hard to find the right words and misunderstandings are likely to occur.

Additionally, Mercury and Jupiter are in close proximity to the Sun. The closer planets get to the Sun, the more they experience combustion. They are unable to display their innate nature as they’re blinded in the glare of the Sun. Mercury will be extremely combust from November 25th to 28th.  Therefore, during this time, be super careful with how communicate and what stressors you let get the best of you.

The specific methods for handling Mercury retrograde November and December 2018 depend on the placement of planets in your personal chart.  Planetary cycles also have to be factored in to determine how you can utilize this time to your advantage, and what cautions may be warranted. A personalized Vedic astrology reading will take all these details into consideration.