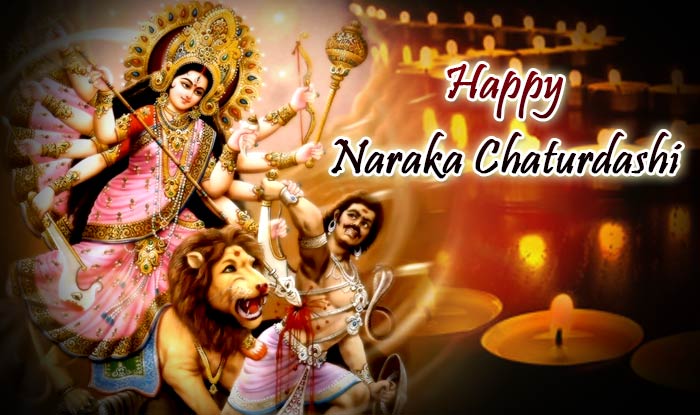 Diwali is a multi-day festival in India. The first day is Govatsa Dwadashi, and then Dhanteras, followed by Kali Chaudas or Naraka Chaturdashi. Kali is the powerful dark goddess (one meaning of “kala” is black) who is an avatar of Goddess Durga.  In Indian mythology, Kali was a slayer of demons, including Narakasura. Kali Chaudas 2021 celebrates this feat. This day is dedicated to abolishing laziness and evil and dissolving any negative energies.

As a lunar based system, Vedic astrology or Jyotish pays close attention to the phases of the Moon.  Chaturdashi is the 14th phase of the Moon. According to mypanchang.com, there are different dates for Kali Chaudas 2021, depending on where you reside. Please see the link for details.

Kali Chaudas is also known as Narak Chaturdashi as well as Chhoti Diwali (the small or mini Diwali) and Roop Chaturdashi.   Hanumanji is also worshipped on the evening of Kali Chaudas. “On Kali Chaudas 2021, pray to Krishna, do puja by offering tulsi leaves, saffron, and flowers.  You can chant the mantra Namo Bhagavate Vasudevaya.”