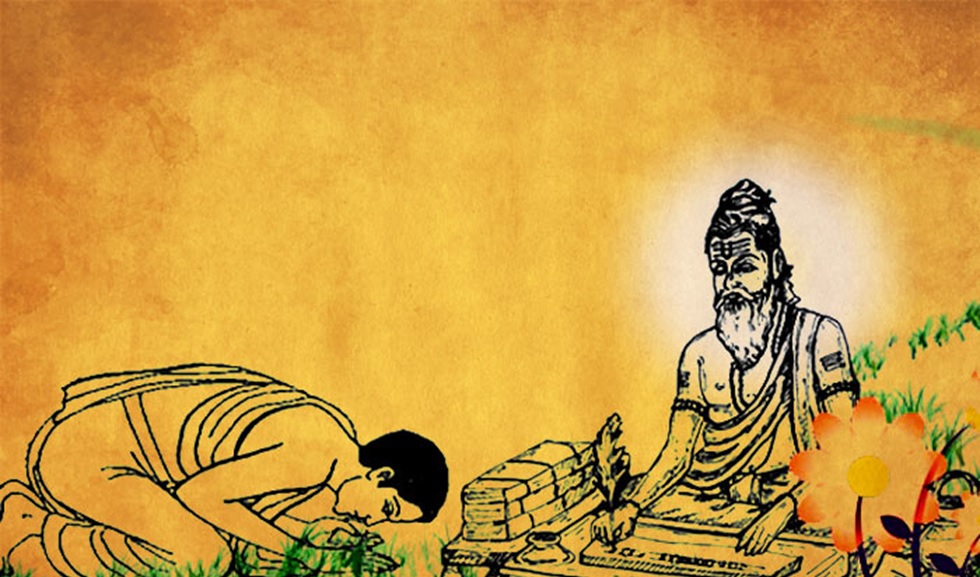 A unique characteristic of Vedic astrology or Jyotish is that it’s a lunar based system.  The full Moon (purnima) is considered to be quite auspicious.  Certain full Moons are highlighted in the Indian calendar as they are linked to special holidays or festivals.  The very propitious full Moon of Guru Purnima 2019 falls on July 16th worldwide, except for New Zealand. They will celebrate on July 17th.

Guru Purnima 2019 marks the day devoted to honoring the Gurus, or sacred teachers, in our lives. The prefix Gu- means darkness.  The suffix –ru means light. Thus, a Guru is one who leads us from the darkness of ignorance of our inner self to the light of self-awareness.  In India, it is widely thought that the Gods incarnate in human form as Gurus to instruct humans and to lead them to the path of knowledge. Guru Purnima is alternately spelled as Guru Poornima. Guru Purnima is also known as Vyasa Purmina.  Veda Vyasa was the great Indian rishi or sage who is said to have compiled the four Vedas, the ancient books of Vedic knowledge.  Vyasa also wrote the 18 volumes of the revered spiritual texts the Puranas, the Mahabharata, and the Bhagavad Gita.  Additionally, Veda Vyasa instructed Dattatreya, who is thought to be the Guru of all Gurus.

As the story goes, Veda Vyasa’s disciples were so full of gratitude for all that they had received from him that they asked him how they could repay him for all the profound knowledge that he had imparted.

Vyasa told his disciples to choose one day of the year on which they would pay homage to him. This way, their prayers and offerings could reach their Guru. Thus, the disciples chose the full Moon of the lunar month of Ashadha to honor their Guru, as it was the fullest and most luminous Moon of the year. They named this special day Guru Purnima.

On Guru Purnima, students honor the occasion by having the darshan of their living teachers.  Additionally, disciples remember their teachers (both past and present), chant their name(s), and offer gifts (known as dakshina) to thank their teachers for the grace that has been bestowed in their lives.

Indians chant the name of their Guru or they chant specific mantras which honor their Guru.  This way, the Guru is topmost in their minds on Guru Purnima 2019.

We commonly perform paduka pujas on Guru Purnima.  Padukas are the sandals worn by many spiritual teachers. They are traditionally made of wood and have a round stub which separates the big toe from the others. Paduka translates as “footprint of the Gods.”  The Guru’s power is said to resides in his / her feet. The Guru’s sandals are also symbolic of the teacher’s power. Hence, an abhishek or ritual bath to the Guru’s sandals is also traditionally performed, this time to revered silver, gold, or brass sandals which are imprints of the actual feet.

In Vedic astrology, Jupiter is the planet associated with spirituality, religion, teachers, and wisdom. In Sanskrit, the word Jupiter is translated as Guru. On Guru Purnima 2019, Jupiter will be situated in the nakshatra or constellation of  Jyestha in Scorpio. Jyestha translates as “the wisest or the eldest”.  Thus, it is specially propitious to seek the wise counsel of a teacher.

Mercury will be retrograde during Guru Purnima so make sure your communications with your friends, family, and fellow seekers are clear and concise.

This year, the Sun will be changing signs on July 16th in Vedic astrology in North America.  It will be moving from Gemini to Cancer. The times when the Sun is at a juncture between signs is a heightened period for spiritual practices.

Guru Purnima is also known as Ashadha Purnima.  This year, the Moon will be full at the tail end of Sagittarius, with the Sun opposite it in Gemini in Vedic Astrology.  This year, the full Moon is in the nakshatra of  Uttara Ashadha.  Uttara Ashadha is known for seeking self-improvement. One way of doing so is via the guidance of a spiritual teacher.  Both Saturn and South node Ketu will be nearby in the neighboring nakshatra of Purva Ashadha.

What is unique about this Guru Purnima 2019 is that there is also a partial lunar eclipse (Chandra grahan)  happening on this sacred holiday. Vedic astrology views eclipses as inauspicious events. According to NASA, the eclipse is visible in Asia, Australia, South America, Europe and Africa. If you are in regions where the eclipse is visible, please stay indoors during the time of the eclipse.  Do your practices inside rather than venture out and look at the full Moon.