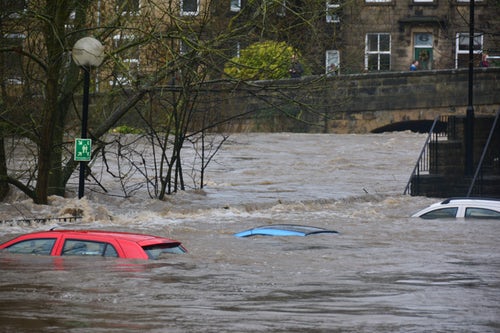 If you turn on the news, open your social media feed, or read an email from an environmental charity, you will likely hear about natural disasters which involve water. Glaciers are melting at an increasing rapid pace. We’ve had historic flooding in Northern California, the Midwest, and Louisiana. Many have died. There have been billions of dollars in losses. Why has 2019 been so difficult? The Sanskrit quote, “Yet pinde, that Brahmande” (as above, so below) applies. There is a correlation between astrology and water related problems.

Given the current state of world affairs, it can be difficult to keep track of all the turbulent events. Here are some recent natural disasters which have involved water:

Vedic astrology or Jyotish is a complex topic which has multiple layers. When looking at natural disasters, there are a number of factors which show the correlation between astrology and water related problems.

The North node Rahu was in the sign of Cancer in Vedic astrology for the past 1.5 years. Cancer is classified as a water sign. Rahu is connoted with things which happen suddenly, are unexpected, and jarring. The North node also correlates with poisons. Rahu’s placement in Cancer created a greater propensity for water related problems. This is one of the correlations between astrology and water related problems.

Rahu left Cancer in mid-March of 2019. When the nodes move, they create more instability as they are on the cusp of two signs. They want to leave their mark on their previous home, so they create events which leave an indelible mark.

The most significant eclipse of the year happened in January. It was a lunar eclipse, so it fell on a powerful full Moon. The Moon rules the tides. This eclipse happened in Cancer. In Vedic astrology, each sign has a rulership. The sign of Cancer is ruled by the Moon.

Rahu and the Moon were together during the eclipse. Eclipses are considered inauspicious in Vedic astrology, as they set the stage for more problematic events to come.

Massive Jupiter has been occupying Scorpio since October, 2018. Scorpio is another water sign. Jupiter is 11 times wider than the earth. Thus, we feel the heavy impact of whatever it does. On the other hand, Scorpio is an intense sign and signifies transformation through crises.

On March 29, 2019 Jupiter made a temporary foray into Sagittarius. When a planet occupies the end of a water sign (Scorpio) through the beginning of a fire sign (Sagittarius), this is known as gandanta. It is a very unstable time and can create calamities.

Jupiter moves back into Scorpio on April 22, 2019 and remains there through the end of October. We can expect to witness more issues with flooding, tsunamis, water contamination, hurricanes, etc. during this time.

Even though Saturn is currently inhabiting Sagittarius in Vedic astrology, we can get a better understanding of astrology and water related issues by examining the constellations or nakshatras which it moves through.

Saturn will spend the majority of 2019 in the nakshatra of Purva Ashadha. The deity for Purva Ashadha is Apah (or Apas) or water deified as a god.  Purva Ashadha symbolizes journeys by rivers and seas and watery diseases.

Apah indicates the transforming nature of this constellation.  Rituals in India require heavy use of water. Symbolically, water is utilized to cleanse and rejuvenate the inner soul.

Apah is a fairly obscure water goddess. Because Apah is water, some of the qualities of the nakshatra flow from the meanings of water. There are the notions of invincibility, potent determination, and great patience. Water can continuously work at whatever is placed in its way and eventually wear it down.  It is the universal solvent.

More to come with astrology and water related problems

Even though North node Rahu is in air sign Gemini for the next 1.5 years, that doesn’t mean that it can’t contribute to more aqueous problems.

First of all, Rahu generally mimics Saturn in its behavior. So, it will escalate whatever Saturn is doing, but in its own unique way.

On September 11, 2019 Rahu enters Ardra nakshatra. The symbol for Ardra is a teardrop. Thus, it has a strong connection to moisture. The deity for Ardra is Rudra, the god of the storms. This is a very transformative constellation. Rudra is the fierce form of Shiva. He wipes out whatever has outlived its usefulness so that we may start anew. Yet, it can be an arduous process in doing so.

Rahu remains in Ardra until May 20, 2020. We can expect it to contribute to situations such as tainted water, heavy storms, mud slides, and flooding.

On a practical level, if you are moving, make sure that you don’t move to a flood prone area. Have proper insurance. Don’t travel to locations which have heavy hurricane seasons. If you’re going to take a cruise, do so in areas which are not prone to extreme weather.

Contact your local and national politicians and express your concerns about clean water, as well as allocating resources to towns and states recovering from devastating crises. Sign petitions to stop the rollback of water safety standards.

You can also chant mantras to bring about a desired outcome.