Navratri 2021: Worship the 9 forms of the Goddess 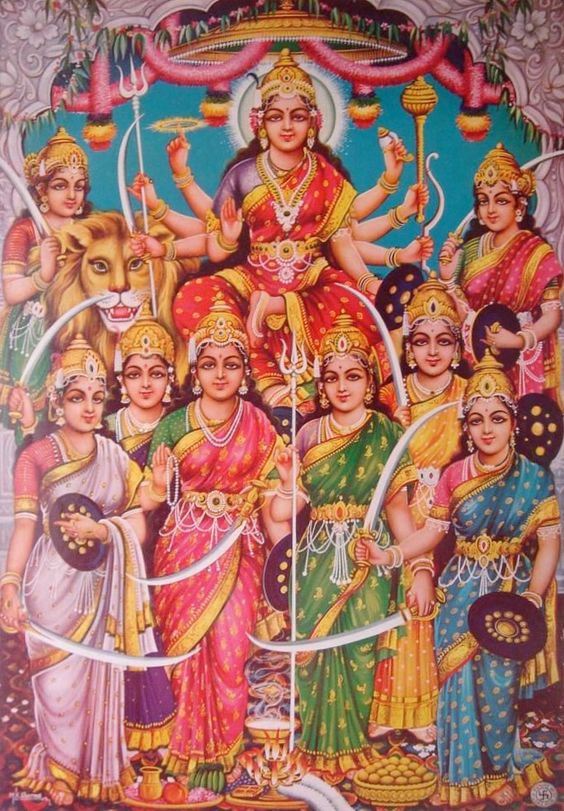 According to the Vedic calendar, immediately following Pitru Paksha comes a much more joyous celebration. That is the festival of Navratri (also spelled Navaratri).  Navratri coincides with the beginning of the lunar month of Ashwina in Vedic astrology, or Jyotish.  The first of nine nights of the Indian holiday of Sharad Navratri 2021 begins on October 6th in North America and October 7th in Europe and Asia. Because these festivals are lunar based, there the phases of the moon differ at various times all over the world.

Here is a very helpful guide shared by mypanchang.com

Navratri 2021 marks nine nights of celebrating the goddesses Kali, Lakshmi, and Saraswati. Thus, there is one night for each of the Nav Durga (the nine embodiments of Durga). In North America, the 7th and 8th nights (Durgashtami) will fall on the same date this year.  This again relates to the phases of the Moon.  I will be posting on each of these, so please subscribe to the blog.

You may also wish to watch the Durga Saptashati Havan (a fire ceremony to Durga).

THE NINE NIGHTS OF NAVRATRI 2021 In Vedic astrology, Lakshmi is the goddess associated with the planet Venus. Thus, it allows the divine feminine qualities to come forth easily and makes for a very propitious time to pay reverence to Lakshmi. During the nine nights of Navratri 2021, we pray to these goddesses. Durga embodies all three goddesses. There is a particular goddess to be worshiped for each of the nine nights. That will be covered in upcoming posts on this blog.

While this may be the second year that we may not be able to celebrate by visiting friends and relatives, or going to garba, we can certainly take the time to meditate on the goddesses. The inner practices can bear much fruit in our outer world. Ask for their guidance and blessings. Each night of Navratri, contemplate the qualities of the NavDurga associated with that night.  How can you bring that light into your life, when many of us are feeling the darker energies? How can we cultivate these divine virtues?

Wishing you a very happy and joyous Navratri 2021! Shubh Navarati!