Navratri 2019: The Nine Nights of the Goddesses 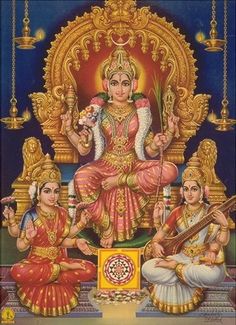 According to the Vedic calendar, immediately following Pitru Paksha comes a much more joyous celebration. That is the festival of Navratri (also spelled Navaratri).  Navratri coincides with the beginning of the lunar month of Ashwina in Vedic astrology, or Jyotish.  The first of nine nights of the Indian holiday of Sharad Navratri 2019 begins on September 28th in North America and  September 29th in India.

Navratri 2019 marks nine nights of celebrating the goddesses Kali, Lakshmi, and Saraswati. Thus, there is one night for each of the Nav Durga (the nine embodiments of Durga). I will be posting on each of these, so please subscribe to the blog.

THE NINE NIGHTS OF NAVRATRI 2019 During the nine nights of Navratri 2019, we pray to these goddesses. Durga embodies all three goddesses. There is a particular goddess to be worshiped for each of the nine nights. That will be covered in upcoming posts on this blog.

The festival of Navratri 2019 culminates with the ninth night of Ram Navami (or Maha Navami) on October 6th in North America, South America, and Europe and on October 7th in India, Australia and New Zealand. Please consult drikpanchang for specific dates in your country – as they vary according to the phases of the Moon. (Most places will only report what they gleam from an Indian calendar). Then Diwali, the festival of lights, is on October 27th worldwide.  Wishing you a very happy and joyous Navratri 2019!