Maha Shivaratri 2021: The night of Shiva 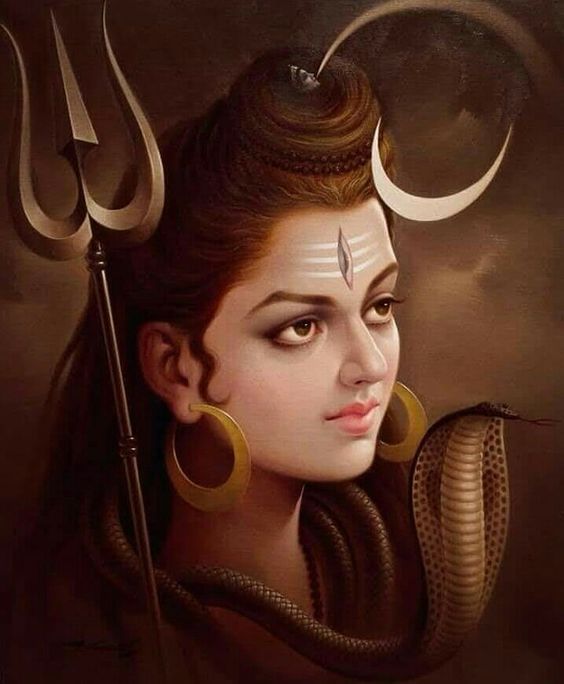 One night of each year in the Vedic or Indian calendar is dedicated to the worship of Lord Shiva.  This sacred holiday is known as Maha Shivaratri – the great night of Shiva. According to mypanchang.com, Maha Shivaratri 2021 falls on March 11 in all parts of the world.  The only exception is that residents of Hawaii should celebrate on March 10.

In the Vedic tradition, there is a trinity of the major GODs: Brahma (the Governor), Vishnu (the Operator), and Shiva (the Destroyer). Shiva translates as “the auspicious one”.  Shiva’s worshipers revere his compassion and mercy.  He protects his disciples from vices and bestows them with his grace.  Shiva removes that which has outlived its usefulness and then allows us to start anew. He can remove our limitations, negativity, and false beliefs.  He brings about radical transformation.

Shiva has many names, each of which describes a different attribute.  Some names are: Nataraj, Mahesh, Ugra, Maheshwara, Shambho, Shankara, Rudra, etc.  Shiva is “Mahadeva” – the great lord.  Each name describes a specific quality of the lord’s multi-faceted being. They are recited in the Shiva Mahiman Stotram.  Shiva also means “that which underlies.”

Shiva has a crescent Moon on his head. It represents the cycles of time and that Shiva himself is the master of time. Shiva has a snake around his neck. The snake is a symbol of the kundalini shakti, or spiritual power inside all of us.  Shiva’s trident represents the three spheres or wisdom, desire, and implementation.

On this auspicious and sacred night, one repetition of a Shiva mantra is magnified 1,000 times.  Due to the great merit of this mantra repetition (or japa), it is customary for people to stay up all night chanting their sacred mantra.  People typically fast on this day or refrain from eating grains.  Indians prepare steamed milk with aromatic spices, such as cardamom pods, as well as cinnamon, nutmeg, and saffron, and then serve it or leave it outside in the moonlight. Indians will wear pure and simple white clothing on Shivaratri.  (An alternate spelling is Shivratri).

THE MOON ON MAHA SHIVARATRI 2021

On Maha Shivaratri 2021, the Moon in Vedic astrology falls in the nakshatra or constellation of Dhanishta in Aquarius on the morning of March 11. Dhanishta translates as “complete wealth”.  It can grant one a wealth of knowledges and resources. One symbol associated with Dhanishta is Shiva’s mridanga (a type of drum). It’s customary to chant bhajans to Shiva on his holy night. You can immerse yourself in the bliss of devotion as you listen to the rhythmic drum beats.

While we may not be able to gather in large groups as we typically do this year, we can cultivate our own inner and outer space and have a very deep and meaningful celebration this night.

The rudraksha mala and bracelet are traditionally associated with Lord Shiva.  Shiva cried tears when he saw the suffering of humanity. These tears fell to the ground and formed seeds which grew into the rudraksha tree. Thus, this mala is a symbol of purity.  Rudra is another name for the fierce form of Shiva. Aksha translates as “eyes”.   When doing mantra japa to Shiva, you may benefit from the use of a rudraksha mala.

While chanting is common in groups and at ashrams, spiritual retreat sites, etc., the focus in entirely inward. As we chant a Shiva mantra, we can connect once again to our own innate divinity and acknowledge that there are multiple facets to our own great being. We can also recognize the divinity that exists in each of us and honor that time and again.

Immerse yourself in the bliss of Shiva on Shivaratri.  You can also perform a traditional abhishek or a ritual bath to a Shiva lingam on Maha Shivaratri 2021.  People bathe the lingam with a mixture of milk, ghee, yogurt, raw honey and natural sugar.